After writing about the city where I live Chattanooga, Tennessee, I decided to feature some of the historic homes in our area. I have tried to provide links with images of the homes interior.  I would love to include them in the post but I believe that would be too many pictures and the post may become tedious.

We will begin with Glenwood

I am sad to report that some of these powerful beauties are being either torn down to make additional room for college housing, converted to “Frat” houses, renovated for restaurants, bed/breakfasts and medical offices.  It saddens me to no end.  I have had the pleasure of visiting one of these homes on more than one occasion (former employer’s home).  I loved their family so very much and enjoyed spending time with them.

Inlay on sidewalk in front of the home 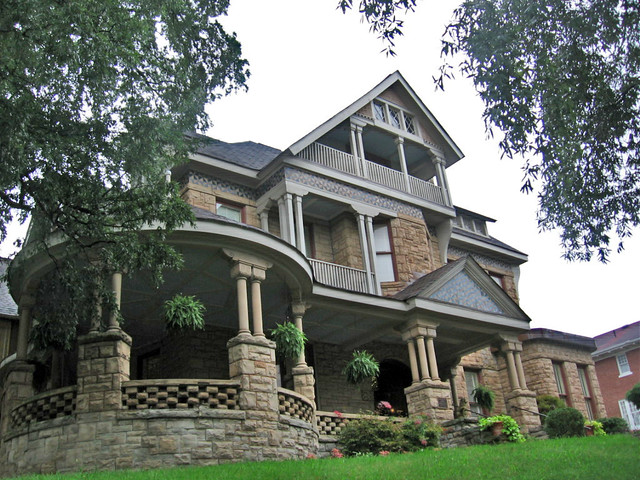 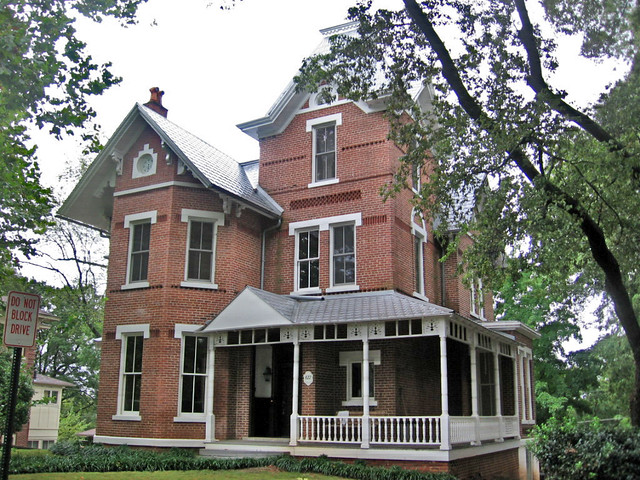 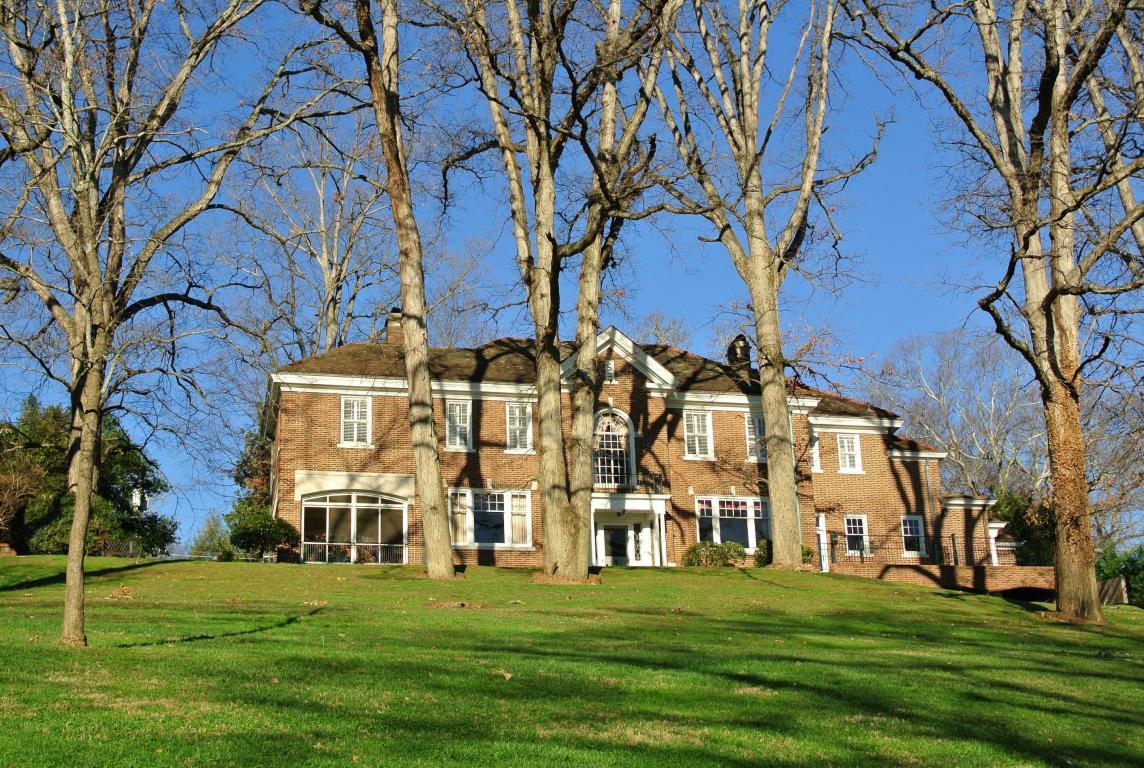 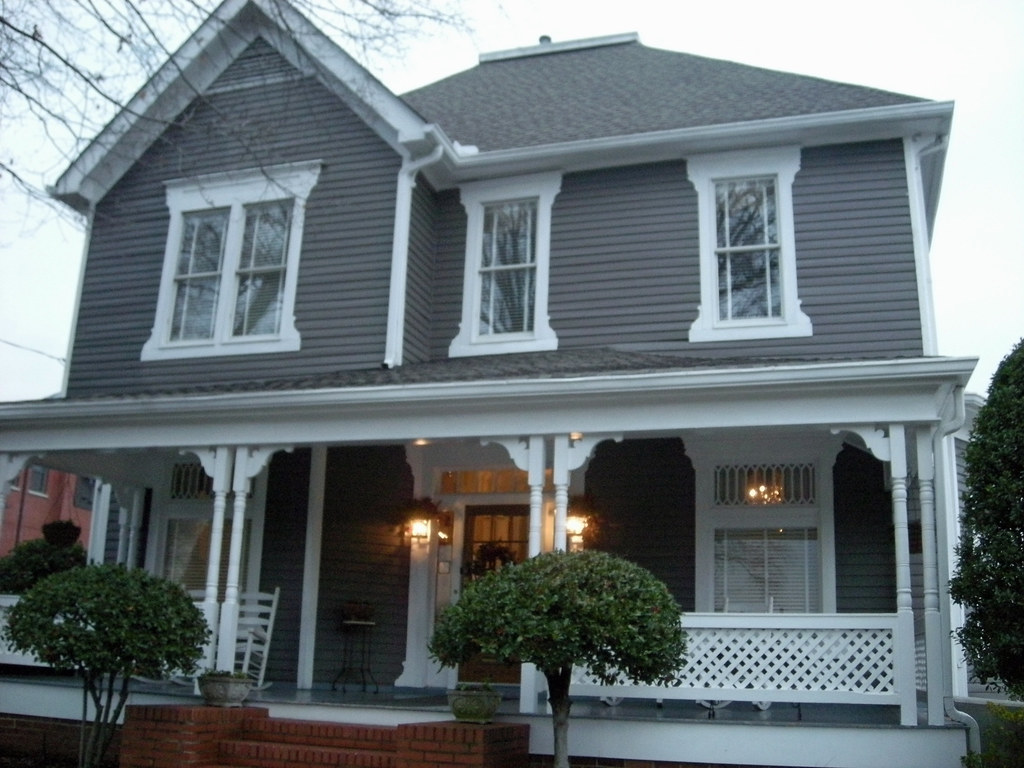 The Maclellan, Martin, and Thompson houses are now a bed and breakfasts,  Bluff Veiw Inn in the North Chattanooga area

These homes are truly magnificent.  I have had the pleasure of visiting one them (former employer’s home), to experience such beauty and grace was a dream come true.  Their grandeur and majestic presence cast a spell on you…. 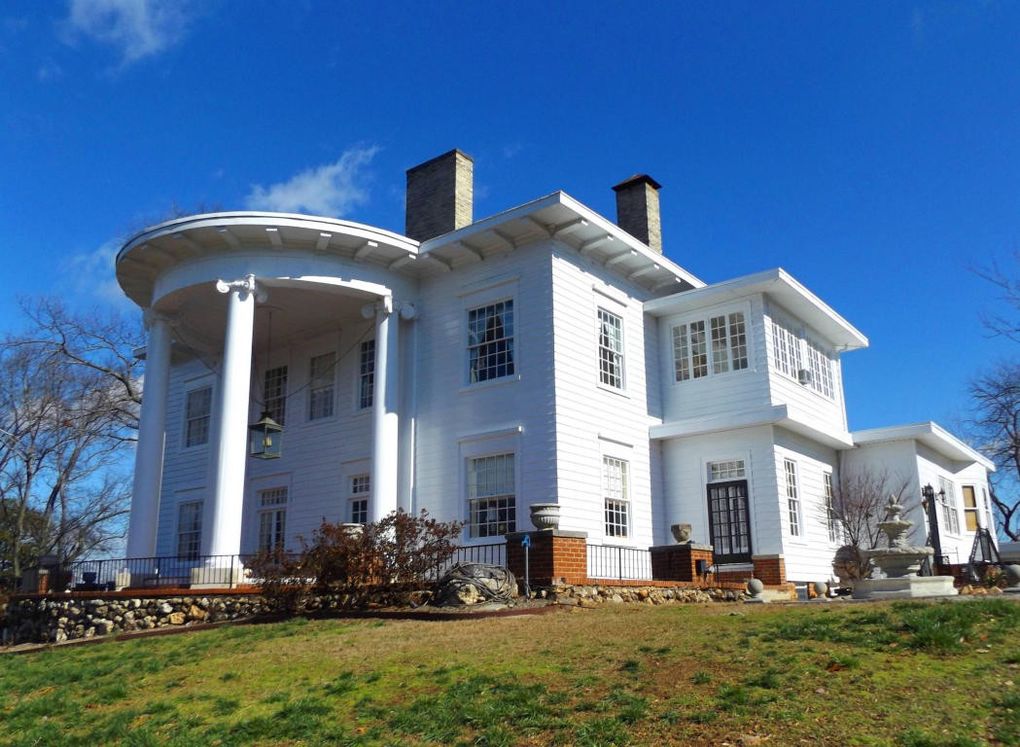 Queen Anne, 1894 – (former employer’s home) the link/images provided is not what I had the pleasure of experiencing.  The updates made were true to the era of the home and exquisite. 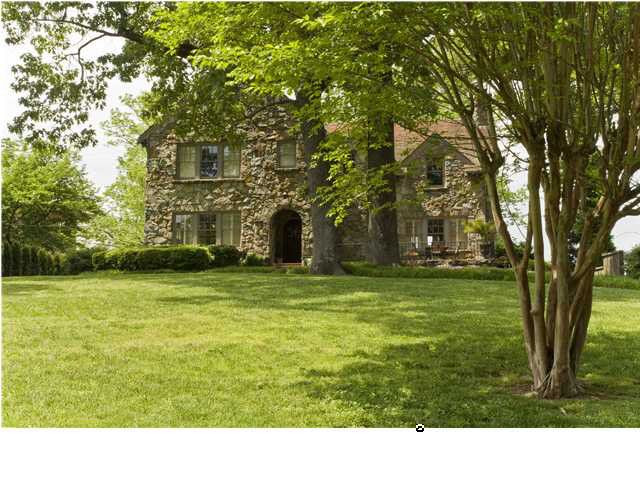 There are numerous historic neighborhoods in Chattanooga.

The following is a brief introduction to some of the communities close to downtown and their progress in restoration:

Ft. Wood: This is the community around the University of Tennessee at Chattanooga (UTC) area in Chattanooga. Most of the houses here have already been restored, and command top dollar. Several of these are being used as fraternity houses. There are also a couple of bed and breakfasts in this area.

Southside: This area is the south part of downtown including Main Street and the area surrounding the Chattanooga Choo Choo and runs south down Broad St. Lots of interest and development has been initiated in the area recently and a new magnet school has spurred growth (the individual neighborhoods that make up the Southside area include Jefferson Heights, Cowart Place, & Ft. Negley)

St. Elmo: This neighborhood is located at the foot of Lookout Mtn, TN. Lots of larger 2-story homes and larger lots. Conveniently near Ruby Falls, the Incline and Rock City. There is a small group of shops and eateries including locally owned Umbra Essence Candles  &  Mojo Burrito at the entrance to the residential area. St. Elmo is one of several designated Historic Districts in Chattanooga with strict review guidelines for any exterior renovations.

North Shore: Just over the river from downtown, this community includes the homes north of Frazier Avenue, and between Barton Ave and North Market Street all the way up to Mississippi Ave, have a numerous bungalows and a few Victorians on rolling hills and twisty roads which lend charm and a few good views. Frazier Avenue and River Street have numerous shops and restaurants, although a few of the businesses have recently moved to larger quarters on nearby Manufacturer’s Road. North Chattanooga, as this area is known, is one of the most sought after areas by urban hipsters and families alike. As such, property values are higher here than in almost any other area of the city.

Highland Park: Bounded by Holtzclaw and Willow, McCallie and Main, this neighborhood surrounds Tennessee Temple University. Several Alumni and home restorers have been fixing up these houses over the late 1990’s and early 2000’s. The bulk of the homes on Chamberlain and Duncan have been renovated, nearly as many on Bailey and Union have been restored. These homes command a premium price, particularly those with original historic details. The Highland Park Neighborhood Association sponsors a tour of homes each year. The neighborhoods of Highland Park, Ridgedale, Oak Grove, Orchard Knob & Bushtown are often collectively referred to by Chattanoogans as Highland Park.

Glenwood: Located north of McCallie Avenue and running North on Dodds Avenue towards Memorial Hospital, it features large stately Dutch Colonial homes, surrounded by bungalows, with smaller Craftman cottages dotted throughout the neighborhood. Many of the homes have been restored, and they have an active community association which sponsors an annual jazz festival. The local Greek Orthodox church also puts on a Greek festival every year.

Missionary Ridge: Numerous stately homes line Missionary Ridge. South Crest & North Crest run the length of this community and afford a very scenic drive. They have a very active neighborhood association. One thing that stands out to visitors is the presence of both cannon and plaques marking various significant Civil War sites. The Battle of Missionary Ridge was one of the most important battles of the Civil War and the history of “The Ridge” is always visible.

Ridgedale: Located 3 miles from downtown, this is a community of homes filled with late Victorian, early Craftsman cottages and bungalows. It is located between Highland Park and Missionary Ridge and to the south of Glenwood. Homes are just beginning to be restored over the past few years. Bargain hunters seeking a deal have been snapping up homes along Bailey Avenue and the first few blocks bordering the Highland Park community. Back in the 20’s and 30’s the portion of Dodds avenue running through Ridgedale was lined with stores and it was the shopping district before the advent of malls and urban sprawl. Some prominent Dodds Avenue businesses now include: The Barking Legs Theater, the longtime business of theAssociated Fabric Shops, & Cafe Lamont. The McCallie School for Boys is also a prominent landmark within Ridgedale.

Oak Grove: This community lies between 23rd St and Main Street, and between Dodds and Ferger Place. The northwest corner of the neighborhood that borders Main Street has a small Mexican restaurant & grocery, Tienda Jalisco that is frequented by local residents. This area hopes to benefit from the revitalization of Main Street and perhaps get overflow growth from Highland Park.

These are few historic homes and a brief history for you.

I enjoyed working on this “project” and hope you did to.  Thanks for visiting. It’s always nice to hear from you – feel free to leave a comment.